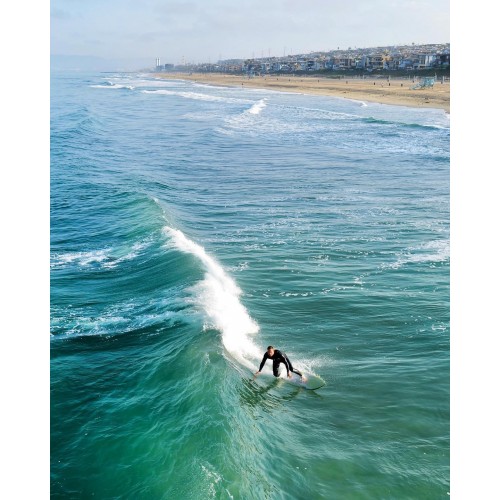 Anaheim: As the home of Disneyland Resort, the city of Anaheim is a crowd-pleasing destination for visitors from around the globe. The appeal of this Orange County hub extends well beyond its theme parks, however, thanks to magnets such as Angel Stadium and the headliner acts at the Honda Center. Anaheim boasts a reinvigorated downtown and vibrant nightlife, too, making this a vacation haven for everyone from families to foodies.

Los Angeles: Welcome to the bright lights and big-city allure of California’s largest metropolis. Here, A-list celebrities really do walk the sidewalks, triple-shot machiattos in one hand, cell phones in the other. While travelers may bypass much of the city by staying on a network of freeways that crisscross the region, they’re missing L.A.’s hidden gems. Turn off onto side streets to discover inviting neighborhoods, incredible museums, and shopping hot spots. And when the sun sets, L.A. comes to life in a whole new way, with clubs thumping to the beat of the latest indie band, a flock of starlets swaying in the front row. Rooftop restaurants, bars, and pools draw slinky-sexy crowds, while searchlights arc through the night sky, announcing the latest silver-screen premier.

San Diego: As if all that sunshine weren’t enough, San Diego is a waterfront city with top-notch restaurants, beautiful ocean-sprayed vistas, neighborhoods that are steeped in history and culture, and a centrally located urban park. Whether you’re spending a few days indulging in the city’s myriad of beaches and surf spots, visiting the aquatic attractions SeaWorld San Diego and Mission Bay Aquatic Park, or exploring the inland offerings of the city, San Diego will not disappoint.

San Francisco: It may measure less than 50 square miles and have a population that doesn’t even crack a million, but San Francisco justly ranks as one of the greatest cities in the world. Famous for grand-dame Victorians, cable cars, a dynamic waterfront, and a soaring golden bridge, this city truly has it all. With trend-defining cuisine ranging from Michelin-starred dining to outrageous food trucks; world-renowned symphony, ballet, theater, and opera; plus almost boundless outdoor adventures, San Francisco justifiably stands out as one of the ultimate must-visit cities on any traveler’s wish list.

Explore Things to do

What is the quintessential wine experience in the Golden State? Where are the must-see natural wonders? Which beach is best? How do you decide which theme park to visit? Because California is blessed with so many riches, these questions—and many more just like them—are nearly impossible to answer. So, we didn’t even try. Instead, we turned to www.visitcalifornia/things-to-do for locals and insiders and experts who shared their favorite places to go and things to do. Scroll through their many suggestions and start dreaming about your next California adventure today.

o   The Fillmore in San Franciscio

·         Food and Drink  -- California has always been a trendsetter when it comes to the culinary arts—from its extraordinary array of ethnic fare to its cutting-edge, vegetable-forward, local-leaning food habits—often referred to as “California cuisine.” The Golden State boasts 90 restaurants with at least one Michelin star and the San Francisco Bay Area alone has seven three-star establishments. Potent potables are a big draw too: California is without a doubt the best wine destination in the Americas and the groundbreaking craft beer scene is 1,000+ breweries strong and growing.

·         Wine – explore the wineries and vineyards of Napa and Sonoma Valley