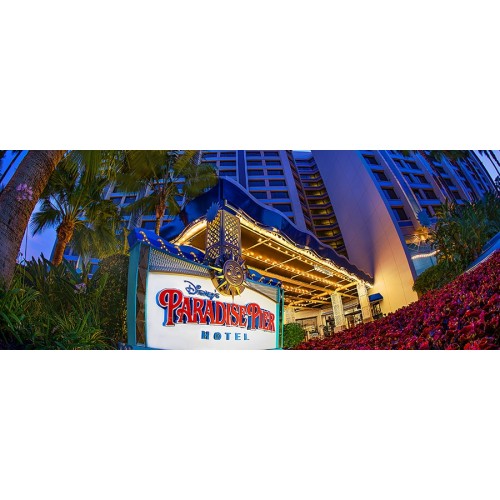 Winter in the Theme Parks - California

Winter in the Theme Parks

Winter time is a great time to visit some of the US better known theme parks in California.  Crowds are smaller – except around holiday weeks.  The weather in Los Angeles and San Diego is generally pleasant.  There are plenty of new attractions this year, especially if you haven’t been to a theme park in a few years.  We are going to go on a quick California coast tour as we explore what the parks have to offer over the winter.

Discover the magic of Disneyland Park - the original "Happiest Place on Earth" - and the transformed Disney California Adventure Park.

Welcome to a world where the stories of Disney, Pixar and beyond come to life—to a place beloved Characters from Cars and Super Heroes like Spider-Man & Captain America call home. At Disney California Adventure Park, you’re invited to explore 7 exciting lands with timeless entertainment showcases like World of Color, seasonal celebrations and transformations throughout the year.

There are plenty of opportunities to meet up with your favorite Disney characters or join in a dance party: Anna, Elsa and Olaf from Frozen plus a new Frozen Live show; Guardians of the Galaxy: Awesome Dance Off!; Captain Marvel; Pixar Pals; and residents of Radiator Springs in Cars Land.

As low as $107 for a midweek stay in January for 2 adults and 2 children.  As low as $153 bi-weekly with the addition of Disneyland 2-day one park per day tickets.

As low as $76 for a midweek stay in January for 2 adults and 2 children.  AS low as $125 bi-weekly with the addition of Disneyland 2-day one park per day tickets.

As low as $64 for a midweek stay in January for 2 adults and 2 children.  AS low as $127 bi-weekly with the addition of Disneyland 2-day one park per day tickets.

Holidays at Disneyland begin November 8, 2019 and last until January 6, 2020.  Characters are dressed in their holiday attire, holiday music is all around, and attractions will be especially festive, or covered in snow.  Plenty of holiday treats and foods to go around.  Plus, the nightly Christmas tree lighting at 5pm.

·         Wintertime Enchantment at Sleeping Beauty’s Winter Castle - featuring snowfall at 730pm and 830pm each day and following the fireworks show.

Located North of downtown LA in Universal City, between Burbank, Hollywood and Beverly Hills.  Universal Studios is 35 miles from Disneyland Park.  Find a full day of action-packed entertainment all in one place: thrilling Theme Park rides and shows, a real working movie studio, and Los Angeles’ best shops, restaurants and cinemas at CityWalk.

The Park is open until 6pm most weekdays and 8pm on weekends in December and January.  Hours expand to 10pm during Thanksgiving and Christmas weeks.  Universal is open until 2am New Year’s Eve.

Harry Potter and the Forbidden Journey™; Flight of the Hippogriff™; Hogwarts Castle, shop at Diagon Alley, enjoy fish and chips at the Three Broomsticks™ or a pint of Butterbeer™ at Hog’s Head

Enter the post-apocalyptic world of AMC’s “The Walking Dead”. Prepare to fight for survival in a fully immersive journey as you navigate through a world overrun by hungry walkers. Follow in the footsteps of the human survivors as you battle your way through nightmarish iconic landscapes.

Grab a seat with The Simpsons™ on a virtual reality roller coaster ride. Someone is sabotaging Krustyland, Krusty the Clown's low-budget theme park, and you'll smash and blast through the park with Homer, Marge, Bart, Lisa, and Maggie in an over-the-top non-stop adventure. Don't worry. We'll try to get you back in one piece.

If you dare, face heart-pounding special effects and unexpected twists at every turn as you escape the Mummy’s revenge in life-like horror. It WILL change you … forever!  The ride catapults guests at speeds up to 45 mph in virtual darkness.  Many of the Egyptian hieroglyphics on the walls spell out real words and ancient warnings.

Universal Studios #1 rated show. Join an adventure that surges to life with jumping jet-skiers, perilous plunges, firefights, massive explosions, and an in-your-face plane crash you need to see to believe.

An immersive, next generation thrill ride blurring the line between fiction and reality.  Fusing 3D HD media and flight simulation technology, this epic ride creates an experience unlike anything this planet has ever seen. You are dropped into the middle of the ultimate war zone.  Fight alongside Optimus Prime and try to survive as you protect the Allspark from Decepticons over four stories tall.

Get an exclusive behind-the scenes look into your favorite blockbuster movies in the Special Effects Show as stunts, practical effects and cutting-edge technology come to life.  Join Hollywood’s best stunt performers in recreating the sounds, sights and illusions that fool the cameras to create unforgettable moments in your favorite films.

3 block entertainment, dining and shopping promenade.  More than 30 places to eat, a 19 screen theater with state of the art IMAX® and more than 30 unique shops. It’s LA’s favorite place to play. CityWalk is located directly next to Universal Studios Hollywood.

Share memorable holiday traditions with your friends and family from November 28 – December 29. Get into the spirit as you enjoy the Park adorned with holiday decorations, holiday-themed food, characters, photo opportunities, exclusive merchandise, and more!

·         Universal CityWalk - Check out the spectacular Christmas tree with choreographed, pulsing LEDs that dance along with the music and lights at the 5 Towers Stage.

·         Christmas in the Wizarding World of Harry Potter - Experience a holiday spectacle with dazzling lights and music cast against the majestic backdrop of Hogwarts™ castle.

·         Grinchmas - The Grinch is set to deck the halls at Universal Studios Hollywood with a Who-tacular celebration where holiday cheer abounds.

There are no on-site hotels at Universal Studios Hollywood.  There are numerous hotels within a few miles of the park.  Save up to $100 by combining hotel with ticket purchase.  This is a small sampling:

Located 91 miles down the coast from Anaheim. SeaWorld® San Diego is an animal theme park, oceanarium, outside aquarium and marine mammal park.  Guests are immersed in wonder at SeaWorld® San Diego, where the aquatic world comes alive. Experience one-of-a-kind attractions, thrilling rides and up-close animal interactions.  Park hours are generally 11am to 6pm weekdays and 11am to 730p on weekends.  Enjoy the park a little longer for the 4 days after Christmas where hours are 9am to 9pm

·         Journey to Atlantis – Inspired by one of the sea’s favorite legends, this popular flume ride returns with an all-new look and smoother ride experience!  Explore a lost civilization and experience an action adventure with splashing thrills!

·         Manta -- Buckle up for a multi-media family launch coaster that lives up to its name. Two thrilling launches send riders soaring and diving in the spirit of world’s largest ray.

·         Shipwreck Rapids -- Cool off on one of Southern California’s favorite water rides. A winding river turns to rolling whitewater rapids before plunging through a waterfall finale.

·         Riptide Rescue -- Set out on your own sea turtle rescue mission aboard a boat on this classic spinner ride. But hold on — like SeaWorld’s actual rescues, it can take quite a few turns.

·         Wild Artic -- Flight simulator meets daring adventure as you embark on a thrilling jet-helicopter ride. Soar through breathtaking, perilous, icy landscapes of the Arctic Circle. Put yourself in your pilot’s hands as he maneuvers treacherous frozen peaks and valleys enroute to Base Station Wild Arctic.

SeaWorld San Diego is well known for its shows and opportunities to interact with the animals.  A number of shows are specially designed for the holiday season

·         Tours – a chance to interact directly with the animals.  Prices below are quoted are per person without financing and would be slightly higher if you choose to finance through VacationWiser.com.

Make spirits bright at this favorite family Christmas event, daily from Nov. 23, 2019 through Jan. 5, 2020.  As holiday music fills the air, a sea of over one million lights sparkle, transforming SeaWorld into a holiday event. Savor hot cocoa and warm desserts as you shop for unique gifts and decorations.